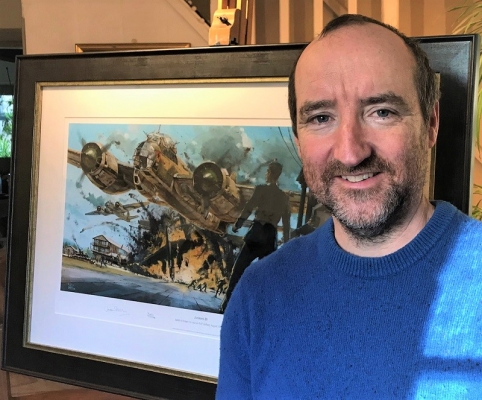 Keith Burns is an award-winning aviation artist and illustrator. He has illustrated comics for the past decade with Johnny Red being the most recent. In 2012 he joined the Guild of Aviation Artists, winning the 2015 Messier Dowty award for ‘Best Acrylic Painting’ in show. 2016 proved to be a busy year; he was made a full member of the Guild, had his first solo exhibition at the RAF Club in London and won the Guild of Aviation Artists, BAE Systems ‘Aviation Painting of the Year’ for his atmospheric piece Co-operation. Joining the Military Gallery in 2020, he is currently illustrating the Ladybird Expert History series of the Second World War written by leading historian James Holland.

Keith’s ability to capture the power and drama of a scene never fails to capture the imagination and makes him one of the most exciting artists in the industry.