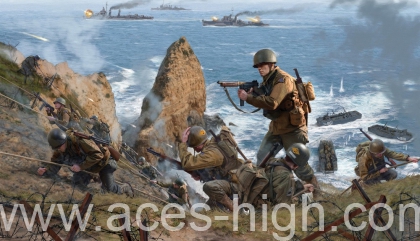 Simon's piece Vital Assault, one of the most dramatic depictions of the assault on Pointe du Hoc, portrays the men of Dog Company as they unleash a withering volley of return fire, forcing the Germans to retreat.