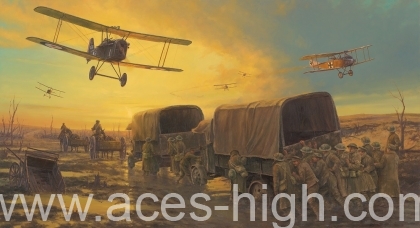 The Third Battle of Ypres began on 31 July 1917 and was planned as a great Allied offensive that would drive the enemy back to the North Sea, allowing the capture of German-occupied ports in Belgium from where U-Boats were taking their toll of both the Royal Navy and merchant shipping. It was hoped the offensive would be completed before scores of battle-hardened German troops, soon to be transferred from a neutralised Russian Front, could reach the West.

The offensive was no surprise to the Germans. For two weeks their heavily-fortified strongholds managed to hold out against an initial bombardment involving more than 3,000 guns that rained some 4.5 million shells on to their positions. So when the British finally advanced the Germans were ready for them, and then it rained – the heaviest rain for over 30 years that turned the surrounding clay soil, so recently churned over by the British guns, into a deep, murderous morass of stench-filled mud that not only swallowed men, mules and horses but increasingly hampered the movement of British tanks and vehicles.

Nevertheless the British Army, bolstered by Canadians, Australians, New Zealanders and six French divisions, slowly ground its way forward and on 6 November captured the obliterated remains of Passchendaele, a village barely five miles from where they’d started. Here, after three months of brutal fighting, the offensive was finally halted.

Whilst Allied High Command claimed success, the cost was appalling. The battle had resulted in one of the bloodiest encounters with some 325,000 Allied soldiers killed or wounded, along with a quarter of a million Germans – and all for the gain of a few miles. The offensive never came close to reaching the coast and the name ‘Passchendaele’ was soon to join that of the Somme as a byword for the sorrow and misery of trench warfare.

Anthony Saunders, already highly regarded for his paintings of the First World War, has once again excelled with this piece Hellfire Corner, a scene that relives a moment at an exposed section of road linking the city of Ypres to the Front. Well within sight and range of the enemy’s guns it was nicknamed ‘Hellfire Corner’, quickly living up to a reputation as ‘the most dangerous corner on Earth’.

But, even here, as British soldiers fight to manhandle their ‘transport’ across the treeless landscape towards Passchendaele, there could be moments of success as New Zealander Keith Caldwell, flying an SE5a with 60 Squadron RFC, manages to down a German Albatross scout overhead.

This dramatic and moving piece serves as a lasting tribute to all those who fought at Ypres and throughout WWI.

Each print is individually numbered and signed by the artist.

The perfect way to embellish this magnificent piece! Widely considered as some of the best and largest in the industry, Anthony’s unique pencil remarques are individually created in the lower margin of the print. The first edition, consisting of 25 single sized remarques similar in concept to the drawing depicted, are a perfect way for enthusiasts to collect original art.

Created especially for the serious collector, these dramatic pieces are much bigger than a standard remarque and exclusively restricted to just 10 copies worldwide. The demand for these superb creations is such that we urge collectors to reserve their remarques early to avoid disappointment.

Using the latest high-definition technology Anthony’s dramatic painting will be faithfully replicated on canvas as part of this historic edition. Pre-stretched onto artist’s canvas ready for framing, each Giclée is individually numbered, hand-signed by the artist. Overall stretched canvas size: 41" wide x 22" high.

Hellfire Corner is the second in a series commemorating the Allied forces during The Great War. The first – The Big Push – was dedicated to those who fought at the Battle of Passchendaele and this new edition is likely to be just as sought after. Both prints are available in matching-numbers while stocks allow. CLICK HERE for more info.