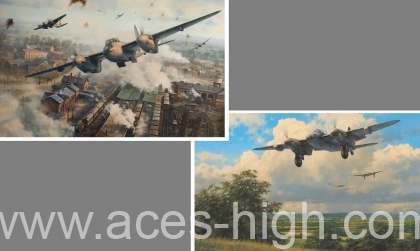 A stunning pair of Limited Edition prints released in tribute to the most versatile Allied combat aircraft of World War II – the de Havilland Mosquito.