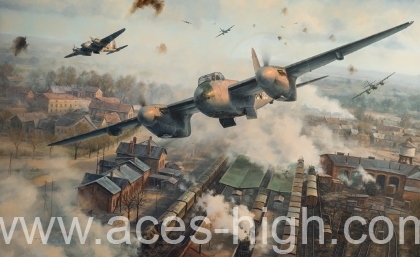 Part of a stunning pair of Limited Edition prints released in tribute to the most versatile Allied combat aircraft of World War II – the de Havilland Mosquito.

Exclusively hand-numbered and signed by Anthony, both prints are available individually or as a matching-numbered pair whilst stocks allow! CLICK HERE to view the pair.