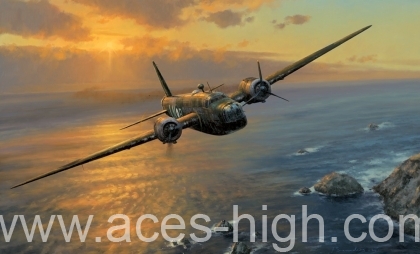 On Monday 15 June 1936, just three months after Vickers’ Chief Test pilot Mutt Summers had flown the Spitfire on its maiden flight, he once again climbed into the cockpit of another of the company’s new aircraft. This time, however, the prototype that he was about to take into the air for its first flight was not a sleek little fighter like the Spitfire but a big medium bomber – the Wellington. The two aircraft, although so different in concept, did have one thing in common – at the time both represented major leaps forward in aircraft technology.

The Wellington was designed around a lightweight, fabric-covered geodetic airframe pioneered by Barnes Wallis famed for its strength and resilience and, as would be proved in a few years’ time, if any bomber could sustain heavy damage and still get you home, it was the Wellington. Powered by twin big Bristol Pegasus radial engines, the Wellington could carry a bomb load of 4,500lbs, three times greater than the biplane Handley-Page Heyford  it was designed to replace, and almost equal to that of Boeing’s B-17 Flying Fortress.

Equipping seven front-line squadrons by the outbreak of war and with production growing, the Wellington was ready to bear the brunt of Bomber Command’s initial offensive against Germany including the first night raid on Berlin in August 1940. During the RAF’s first ‘one thousand bomber raids’ – an attack on Cologne during the night of 30/31 May 1942 – well over half the aircraft involved were Wellingtons. Although superseded in bombing missions by larger ‘heavies’ such as the Lancaster and Halifax, the Wellington remained in service with other Commands, particularly on anti-submarine and maritime patrols with Coastal Command and on operational duties in the Middle East, to become the only British bomber to see continuous service throughout the war, with more Wellingtons being produced than any other British bomber.

In recognition of the Wellington’s place in aviation history artist Anthony Saunders has chosen to depict an aircraft from 99 Squadron, the first squadron to be equipped with the type, as the subject of his detailed painting aptly named Safe Return. It portrays a scene that occurred at dawn on 29 February 1940 when one of the squadron’s bombers, with Pilot Officer Reginald Williams at the controls, returns over the North Sea having lost an engine. Low on power, Williams struggles to gain height in order to clear approaching cliffs. Thankfully he succeeded, managing to coax his damaged bomber back to base and for the action Williams was recommended for the DFC.

Widely considered as some of the best and largest in the industry, Anthony’s unique pencil remarques are individually created in the lower margin of the print. The first edition, consisting of 25 single sized remarques, are a perfect way for enthusiasts to collect original art. If you have any particular request, such as a specific aircraft or markings, please ask when placing your order and we’ll do our best to accommodate.