Richard Taylor's latest release is now available framed and ready to ship or collect from the UK Gallery... 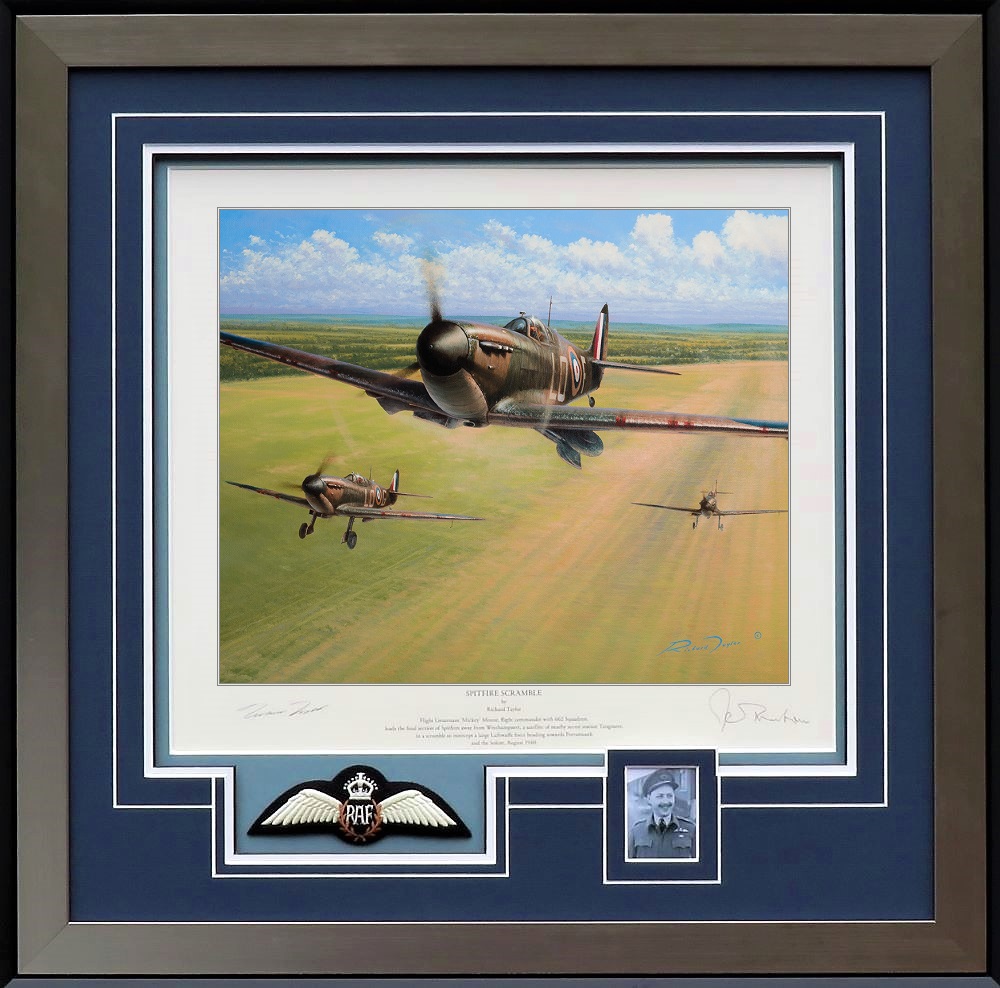 Flight Lieutenant ‘Mickey’ Mount, flight commander with 602 Squadron, leads the final section of Spitfires away from Westhampnett, a satellite of nearby sector station Tangmere, in a scramble to intercept a large Luftwaffe force heading towards Portsmouth and the Solent, August 1940.

In tribute to the brave young airmen of RAF Fighter Command who flew during the Battle of Britain in 1940, this commemorative print bears the original signature of the pilot who had been with his squadron longer and flown more operational sorties during the battle than anyone else. 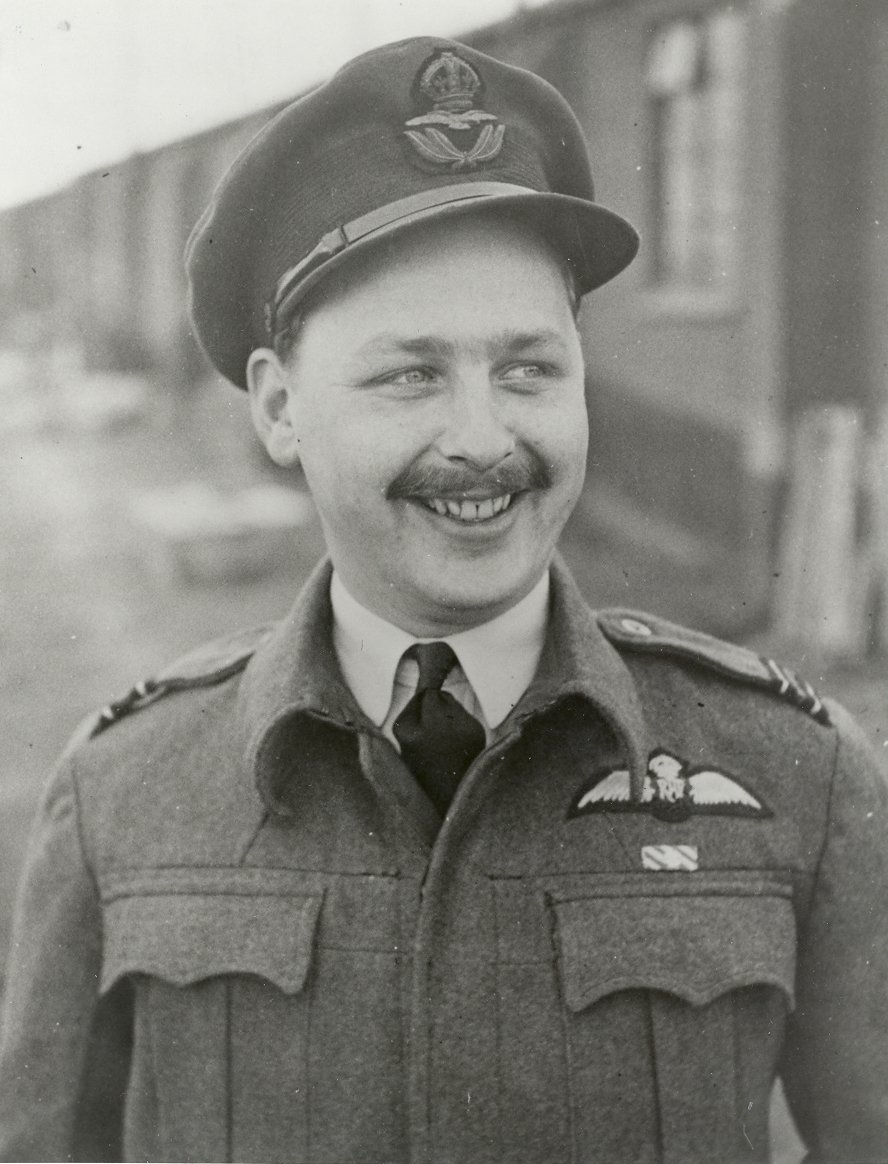 Our expert team have framed this Limited Edition copy to full conservation standards to include a museum-quality reproduction RAF Wings and a photo of the distinguished signer:

Flying Spitfires with 74 Sqn during the battle, he achieved seven victories to become a Battle of Britain Ace for which he was awarded the DFC.

Un-framed prints, including Remarques, are also available whilst stocks allow. 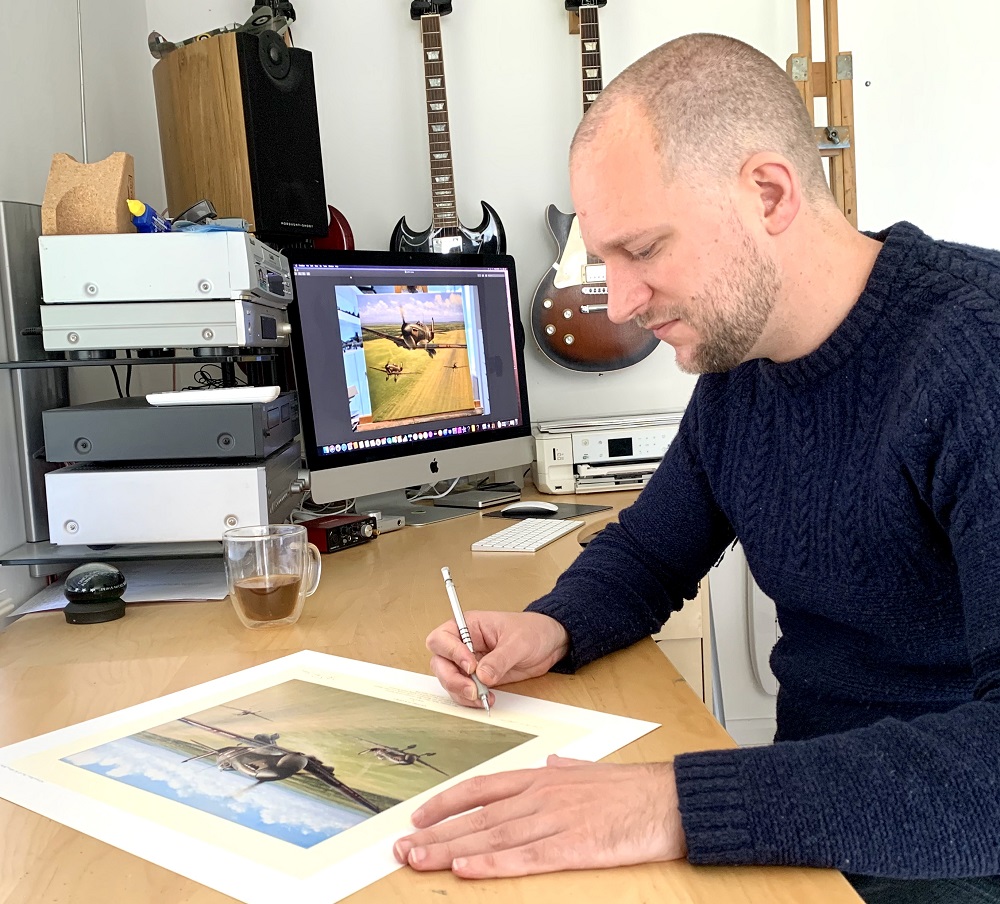 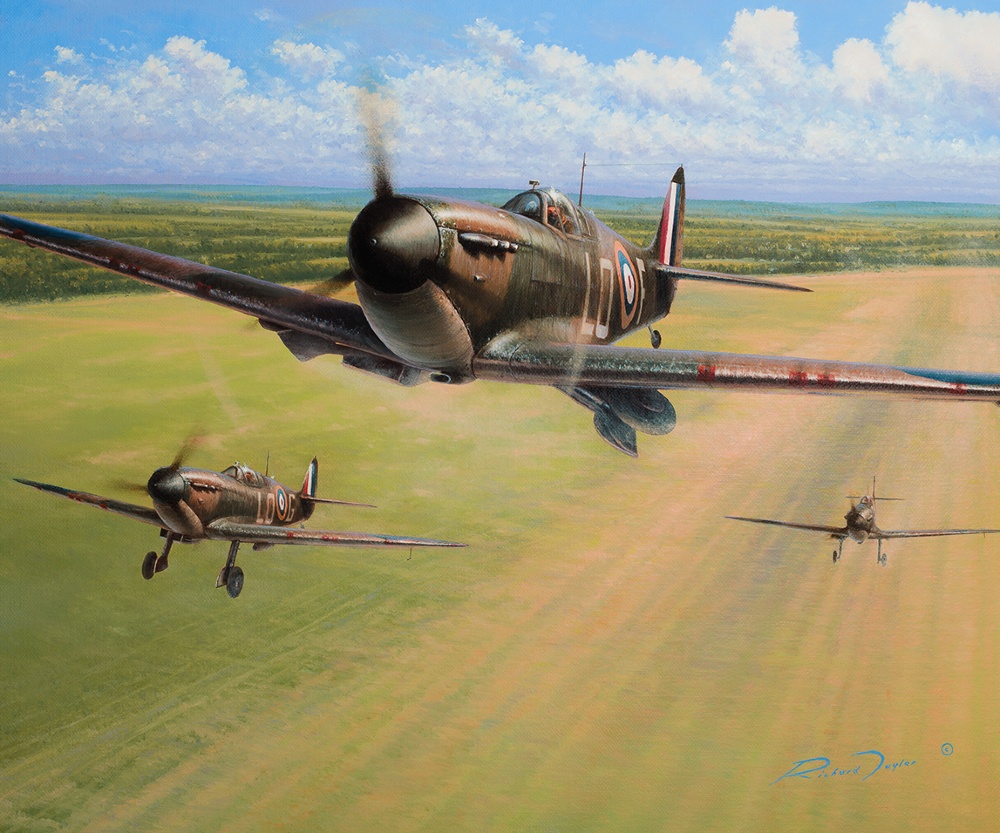