There has never been – and probably never will be – anything quite as remarkable as these Albums of Aviator Profiles, highly accurate mini-biographies individually written and personally autographed by some of the greatest names in the history of the Second World War!

Every one of these famous names has personally written their own notes, highly accurate biographies in their words and their wartime activity and achievements. Written solely and exclusively for these albums, each aviator provides exciting biographical information; graphical descriptions of their most memorable combat; their choice of favourite aircraft flown, and why; and much more. Every profile also contains a personally selected photo!

After recently acquiring a private collection, we're delighted to have THREE OF EACH of the following now available: 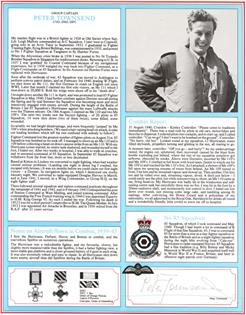 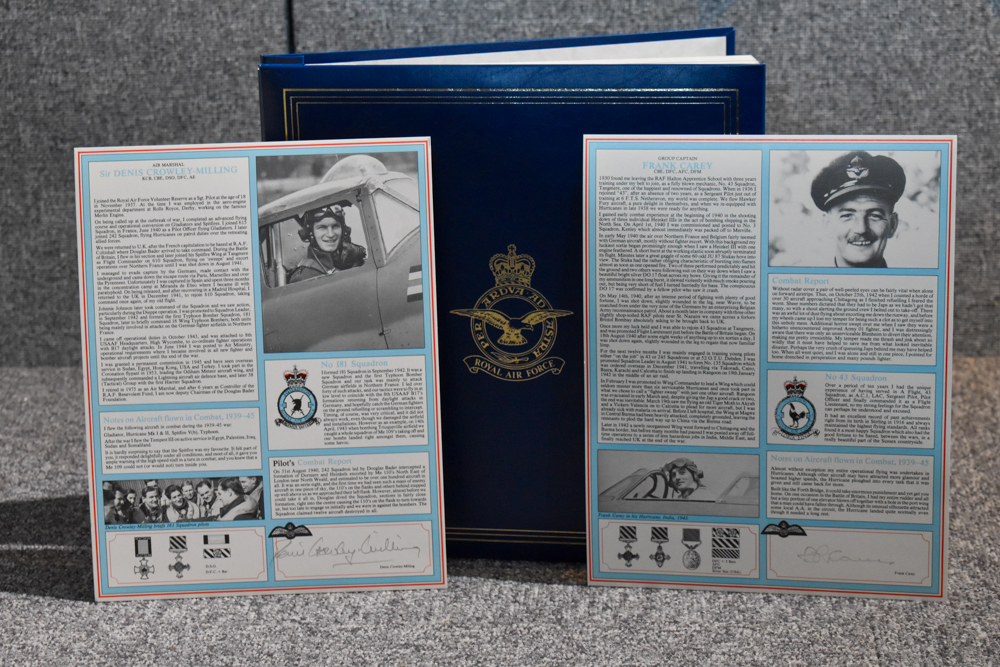 The roll-call of names amongst the TWENTY-SIX RAF pilots who signed this FIGHTER PROFILES reads like the ultimate Who’s Who of Fighter Command: ‘Cocky’ Dundas, Johnnie Johnson, Bob Stanford-Tuck and Denis Crowley Milling to name but a few. 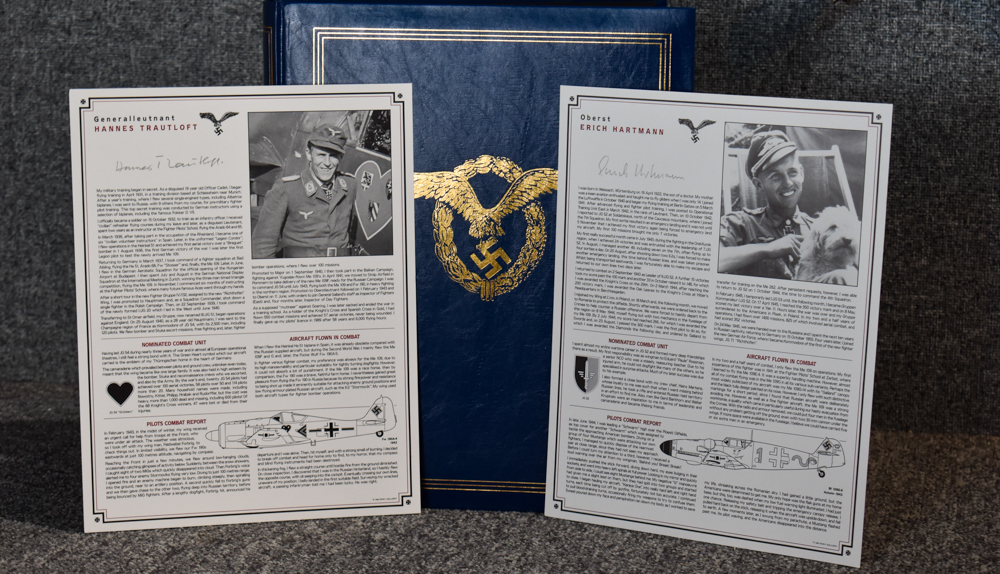 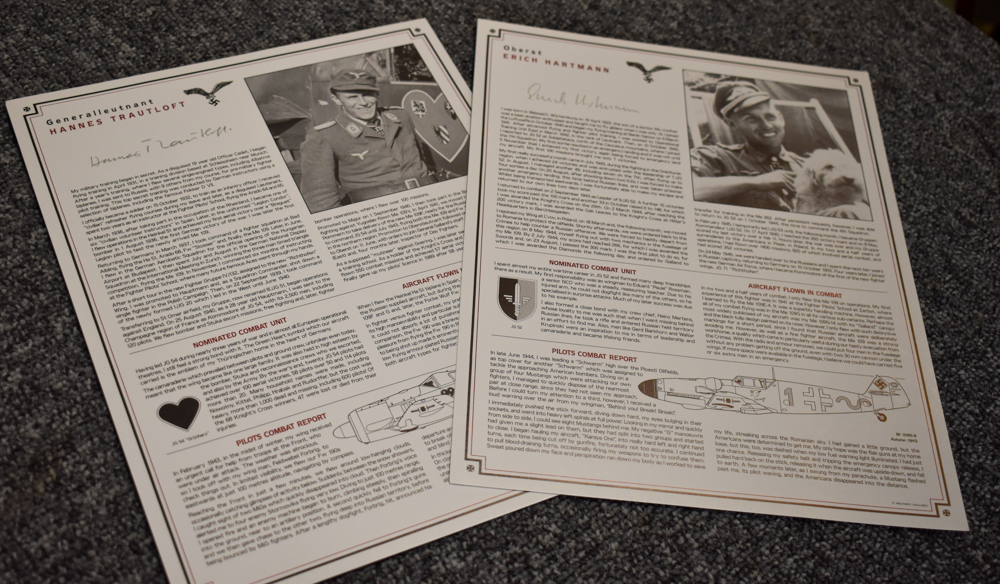 Compiled in collaboration with General Adolf Galland, this amazing album contains the personal reflections from TWENTY-FOUR legendary fighter Aces. Besides Galland they include Erich Hartmann, the top-scoring Ace in history and Günther Rall who but for injury might have been. 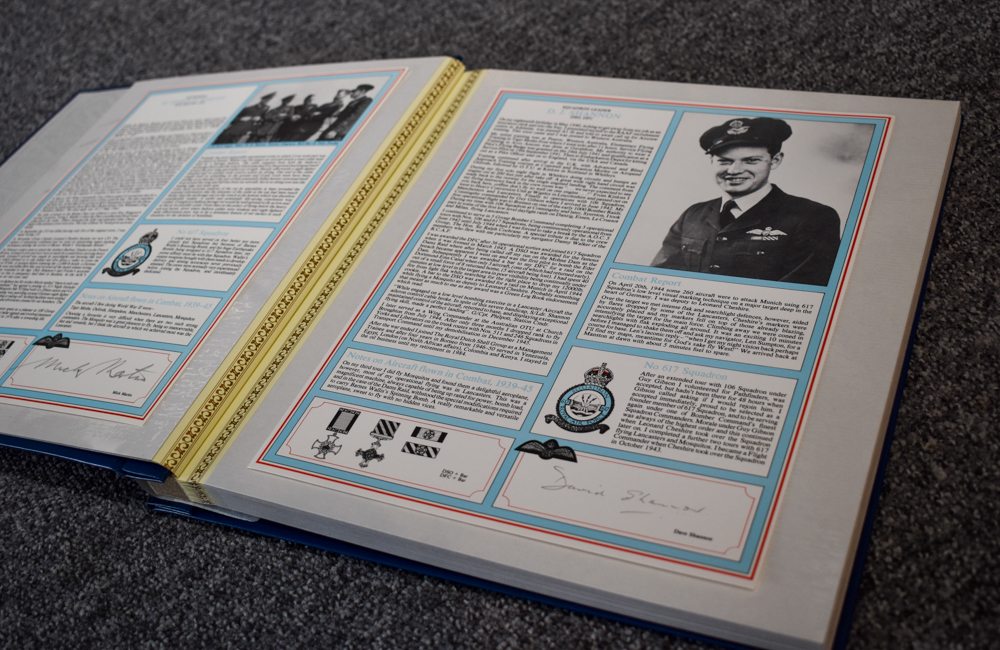 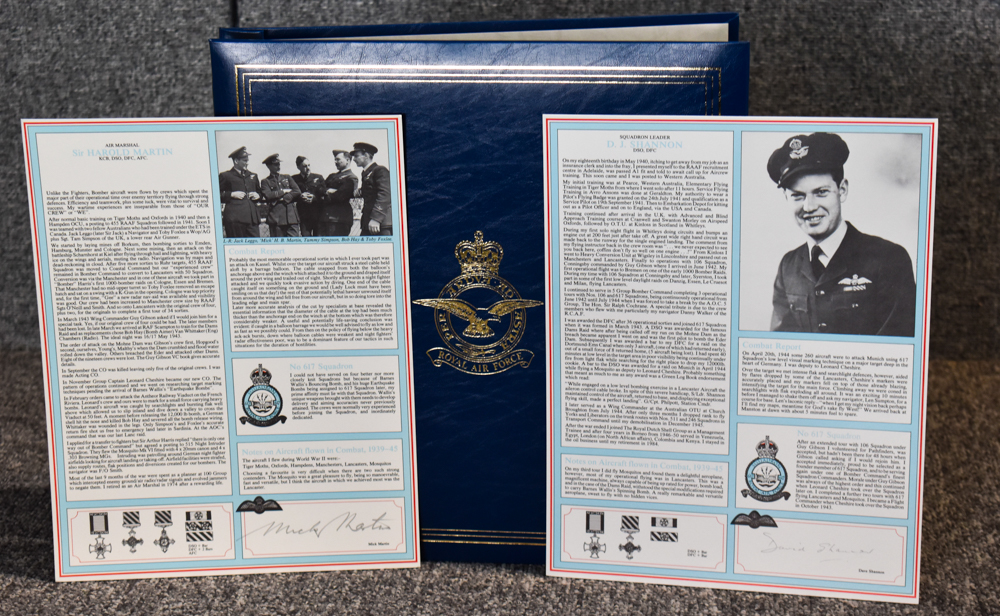 This remarkable collection of TWENTY-SIX Bomber Command aircrew includes some of the greatest names in the history of Bomber Command, including FIVE recipients of the Victoria Cross, two original Dambusters and many Pathfinders.

With names like Michael Beetham, Harold 'Mick' Martin, Lewis Hodges and Wallace 'Digger Kyle' the album features some of the highest ranking and most well renowned members of the RAF Bomber Command.

It's not often we're able to offer one of these album titles, let alone THREE!

Each is available individually OR why not buy all three titles for one combined price!