Come along to meet some remarkable veterans, including Paratroopers, members of the Royal Navy and Royal Air Force, who took part in the conflict! 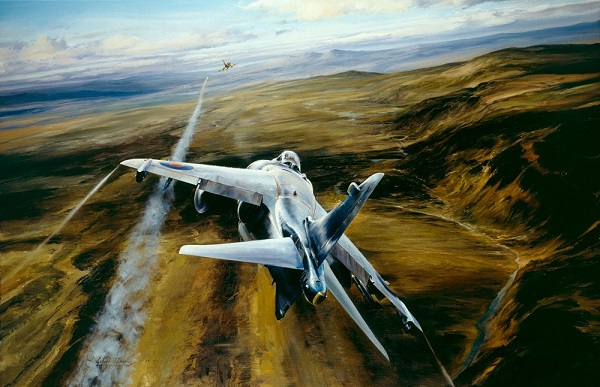 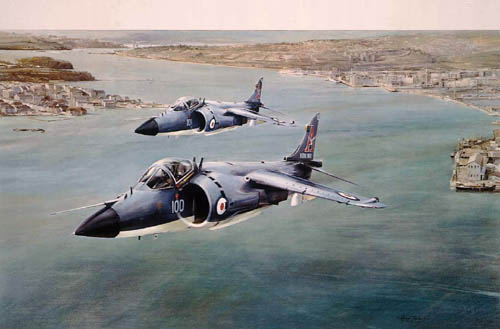 Lance Corporal MICHAEL CROCKFORD - joining the 2nd Battalion, Parachute Regiment in 1976 he served with ‘A’ Company an Anti-Tank and Machine Gun Platoon. He completed tours to Northern Ireland, the Falklands, Belize, Kenya, Denmark and America and was awarded medals for Northern Ireland and the South Atlantic Medal with Rosette before leaving the Army in 1986.

Corporal DUNCAN ALLAN - first joining the Junior Parachute Company in 1971, he completed training and moved to the 2nd Battalion, Parachute Regiment where he complete several tours of duty. These included the Falklands Conflict, Northern Ireland, Norway, Germany, Denmark, Kenya, America and Oman and for his service he was awarded medals for Northern Ireland and the South Atlantic Medal with Rosette before leaving the Army in 1987.

Flight Lieutenant ANTHONY NICOL - completing a total of 43 years in the RAF and Princess Mary’s Royal Air Force Nursing Service, he served in the Falklands, Belize, Northern Ireland, Iraq, Bosnia and Afghanistan. This included spells with 72 and 230 Sqns on Wessex and Puma Helicopters, 33 Sqn again on Pumas and 18 Sqn on Chinook Helicopters. In the 2011 New Year’s Honours he was awarded the Royal Red Cross for exceptional service in military nursing.

Sergeant DAVID VIVIAN BEM - joining the RAF in 1971 as a Supplier he completed several postings before moving to Odiham where he was seconded to 18 Sqn equipped with Chinook Helicopters. When the Falklands Conflict was declared he assisted with the loading of the ‘Atlantic Conveyor’ and travelled to the region with 18 Sqn before volunteering to remain with 17 Sqn in support of the last airworthy Chinook. He left the service in 1993 and was awarded the British Empire Medal.

Lance Corporal PHILIP SYKES - serving with fellow guests DUNCAN ALLAN and MICHAEL CROCKFORD in the 2nd Battalion, Parachute Regiment, he similarly completed tours in Northern Ireland, the Falklands, Belize, Berlin, Denmark and Kenya.  During the Falklands Conflict the battalion’s first action was the Battle of Goose Green on 28 May and like DUNCAN and MICHAEL he was awarded medals for Northern Ireland and the South Atlantic Medal with Rosette.

Former Intelligence Officer MARK ROBERTS MBE IPM - serving in the Royal Navy Defence Intelligence from 1977-2005, he completed a variety of sensitive appointments including Defence Intelligence Counter Terrorism Cell and Joint Terrorism Analysis Centre requiring occasional short deployments to high risk areas and liaison with overseas governments, military and intelligence agencies. During this time he served on 4 warships (mainly frigates) including Naval Party 1810 and HMS DANAE in Falklands and his multiple awards include the MBE, NATO Medals for the former Yugoslavia and Kosovo and the Queen's Jubilee Medal.

Squadron Leader PETER BROMBLEY - served as a Pilot on the Tornado F3 on 5(AC) Sqn and 43(F) Sqn before a tour at RAF Valley, teaching on 74 and 19 Sqn Tac Weapons Units. He returned to the F3 on 43(F) Sqn and the Operational Conversion Unit, 56(R) Sqn as OC StanEval. He flew operational missions over Bosnia and Iraq, including commanding 1435 Flight and posted to the Falkland Islands (post conflict). He currently serves as a military accident investigator.

Our event is an ideal opportunity to have any of these pieces additionally autographed to create your own multi-signed collector’s piece, however, quantities are limited - we can’t guarantee availability on the day so order now to collect at the event and have them signed FREE OF CHARGE! 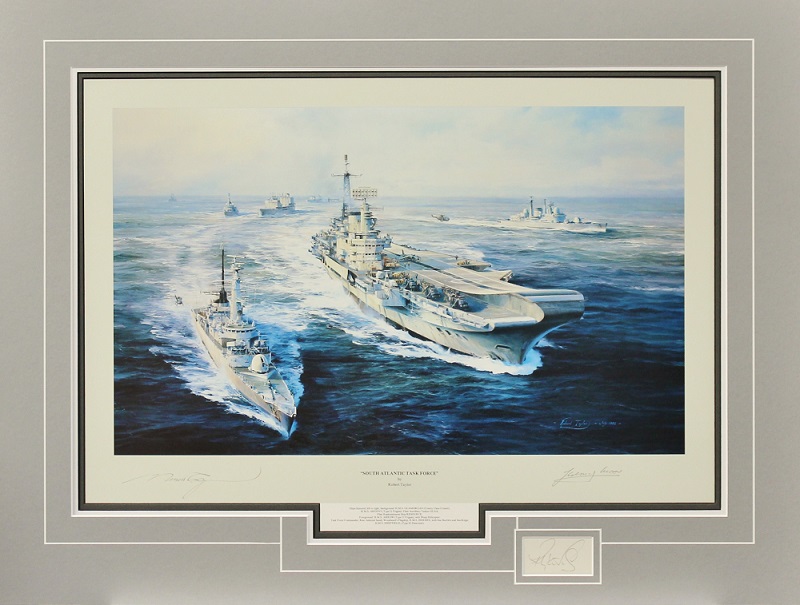 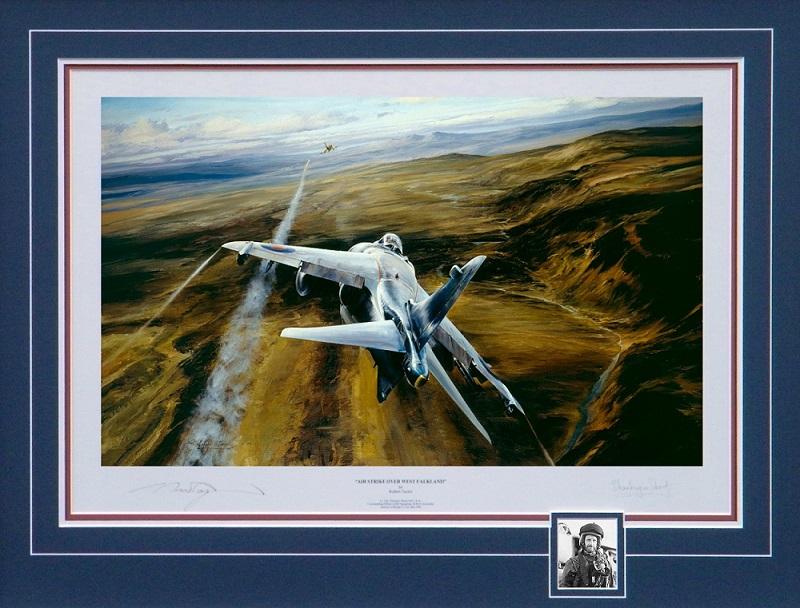 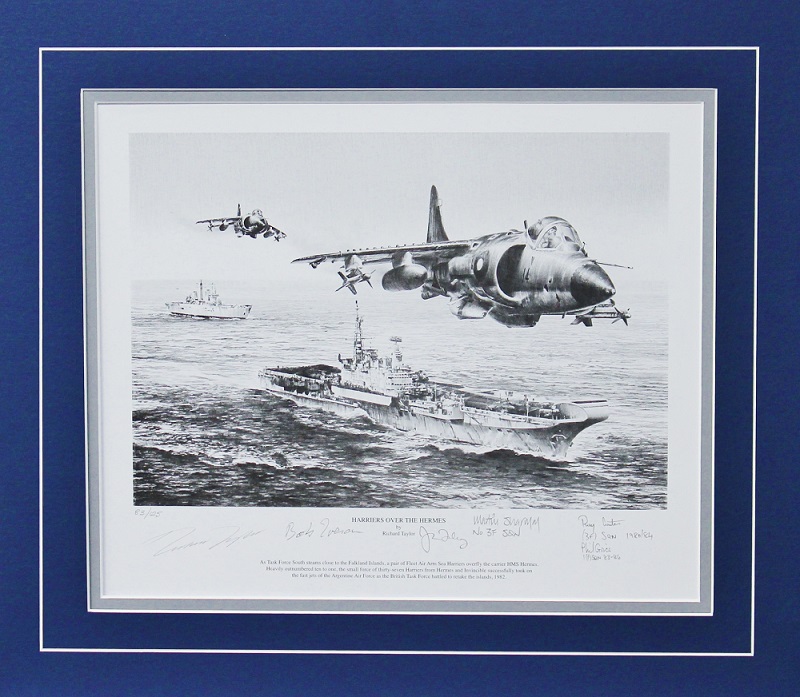 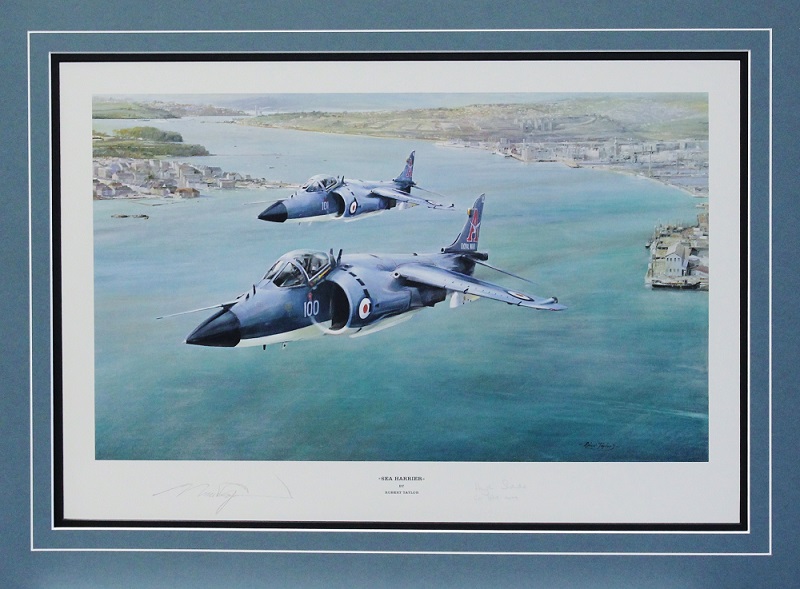