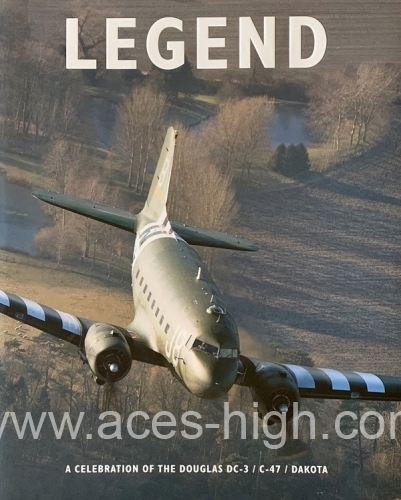 'Most senior officers regard as the most vital to our success...the bulldozer, the jeep, the two and a half ton truck, and the C-47'. General Dwight D. Eisenhower - Supreme Commander of the Allied Forces in Europe

This powerful book celebrates one of the most important aircraft of all time, the DC-3/C-47 Dakota. In the 1930’s it began an era of modern air travel, before forming the backbone of Allied air transport during World War II, and continued to operate in active commercial and military service more than 80 years after being introduced. To the millions of passengers, captains and crews who have taken to the skies in the aircraft created by the Douglas Aircraft Company, it is simply unforgettable.

The subject of several military and aviation artworks over the years, C-47s memorably carried paratroopers of the US 101st and 82nd Airborne Divisions into Normandy on D-Day and later to Holland during Operation Market Garden.

We’re delighted to have a limited number of copies.

Also available with a copy of Richard Taylor's print: RENDEZVOUS WITH DESTINY

Order your copy the book LEGEND and a copy of Richard Taylor’s print RENDEZVOUS WITH DESTINY for a combined price of £60 + shipping!

Only available whilst stocks allow.