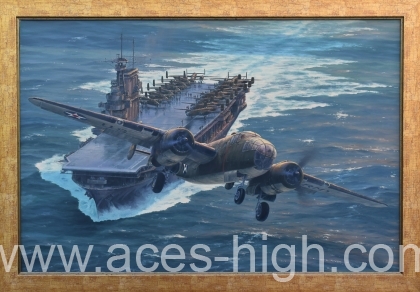 Anthony's inspirational painting was specially commissioned in 2017 to commemorate the 75th Anniversary of the raid and until recently has proudly hung in a private collection.