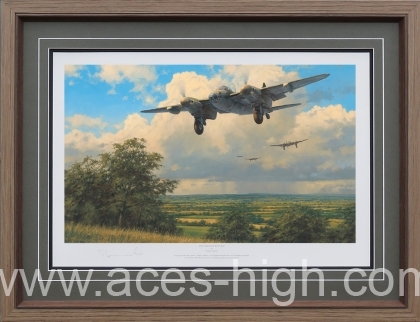 Anthony's spectacular piece is now framed to full conservation standards to create a stunning print for all Mosquito enthusiasts.