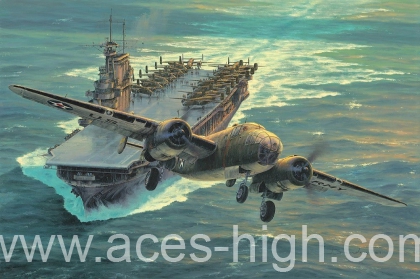 COMMEMORATING THE 75th ANNIVERSARY OF THE DOOLITTLE RAID - 18 APRIL 1942

PUBLISHED IN ASSOCIATION WITH THE DOOLITTLE RAIDERS

The mission for the 16 bombers was to bomb industrial targets in Tokyo and surrounding areas, to slow production of strategic war material, then fly on to land in the part of south-west China that was still in the hands of friendly Nationalist forces. All being well, the mission would be so unexpected it would plant the first seeds of doubt into enemy minds. It worked – the Japanese were forced to quickly divert hundreds of aircraft, men and equipment away from offensive operations to the defence of their homeland.

There was, however, another reason behind the Doolittle’s raid – to lift the morale of an American public devastated by the attack on Pearl Harbor four months earlier. And the success of the mission provided the boost that was needed. If any had doubted America’s resolve in the face of uncertainty, the courage, determination and heroism displayed by Lt Col Doolittle and his band of aviators restored their determination. Although it might take years, and the price would be high, America and her allies understood that the fight could, and would, be won.

Specially commissioned to commemorate the 75th Anniversary of the Doolittle Tokyo Raid in support of the James H. Doolittle Education Fund, Anthony’s inspirational painting portrays the dramatic moment that Lt Col Jimmy Doolittle lifts his B-25 off the pitching deck of the USS Hornet. Having timed his launch to perfection he climbs steeply away, ready to adjust his compass bearing for a direct line to Tokyo. On the sodden deck behind him the crews of the remaining 15 aircraft, whose engines are warmed, ready and turning, will quickly follow their commanding officer into the murky sky.

Working closely with the Doolittle Raiders, it is of great historical importance that the prints are personally autographed by veterans that took part in the raid, allowing enthusiasts the opportunity to acquire a momentous collector’s piece. This is highly likely to be the last Doolittle Raiders signed edition that will ever be made available.

Each print is individually numbered and signed by artist Anthony Saunders. To commemorate this historic Anniversary every print has been personally signed by one of the most highly regarded veterans to fly on the Doolittle Raid:

Each print is additionality signed by two further veterans of the raid, creating a truly historic THREE signature edition.

Each canvas is fully authorized and signed by the artist, hand numbered and stamped on the reverse.