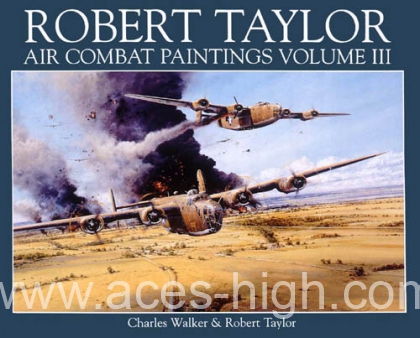 Reviewing a major exhibition of his paintings at the Smithsonian's National Air and Space Museum, The Washington Post said: ‘Mr. Taylor’s oil paintings and pencil drawings elude a lyrical and majestic quality.’ It was a perceptive comment, defining concisely what it is about this artist’s work that attracts so many. His devotees include the British Royal Family, a former American President, legendary pilots and aircrews, aviation and naval museums, and a host of aviation enthusiasts from every continent.

Following the outstanding popularity of his previous two volumes, this third collection of air combat paintings will delight Robert Taylor's many followers around the world. Twenty-eight full colour reproductions of his works painted between 1991 and 1996.