Check out these Matted Collector’s Pieces that have just been added to our website!

THE ROAD TO THE RHINE - THE CONCEPT DRAWING 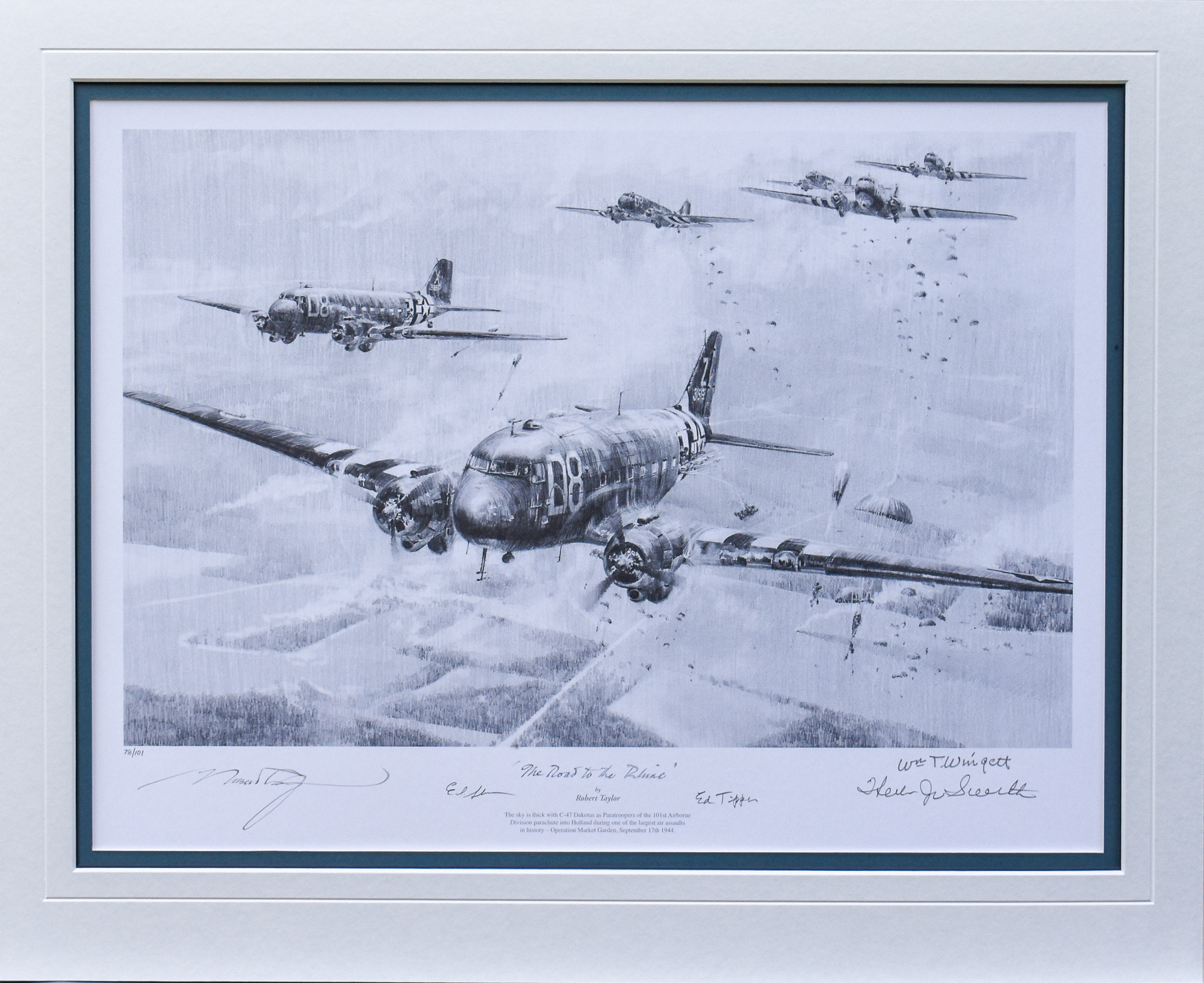 The sky is thick with C-47 Dakotas as Paratroopers of the 101st Airborne drop into Holland during one of the largest airborne assault’s in History - Operation Market Garden on September 17th 1944.

We have just a few copies remaining which have been signed by FOUR members of Easy Company, the famous ‘Band of Brothers’... find out who signed it HERE! 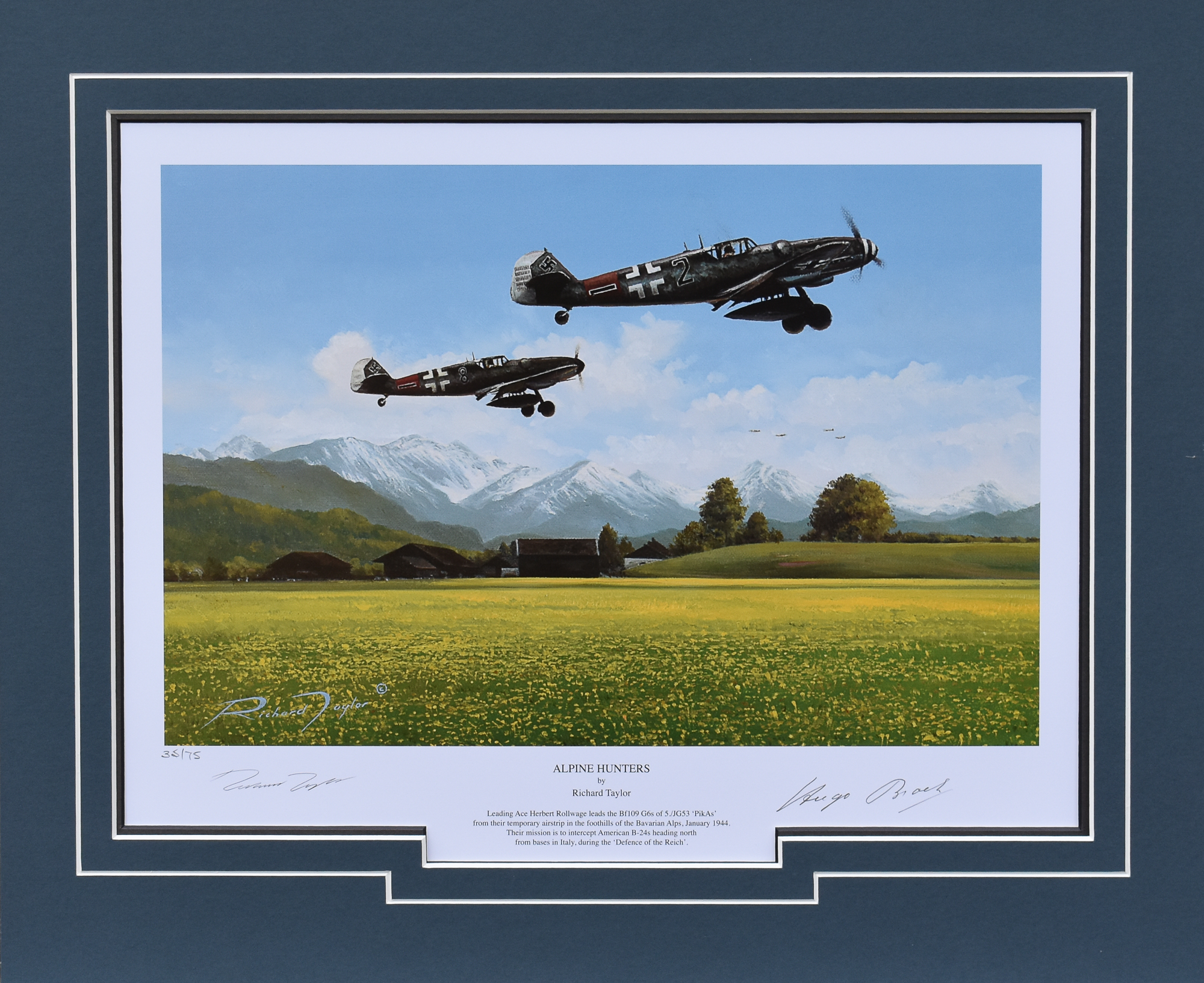 Leading Ace Herbert Rollwage leads the Bf109 G6s of 5./JG53 ‘PikAs’ from their temporary airstrip in the foothills of the Bavarian Alps, January 1944.

Published as an exclusive artist-signed print in 2015, we have a select few copies that have been additionally signed by famous Luftwaffe Ace and Knight's Cross recipient Leutnant HUGO BROCH adding great authenticity to this already memorable piece. Find out more HERE! 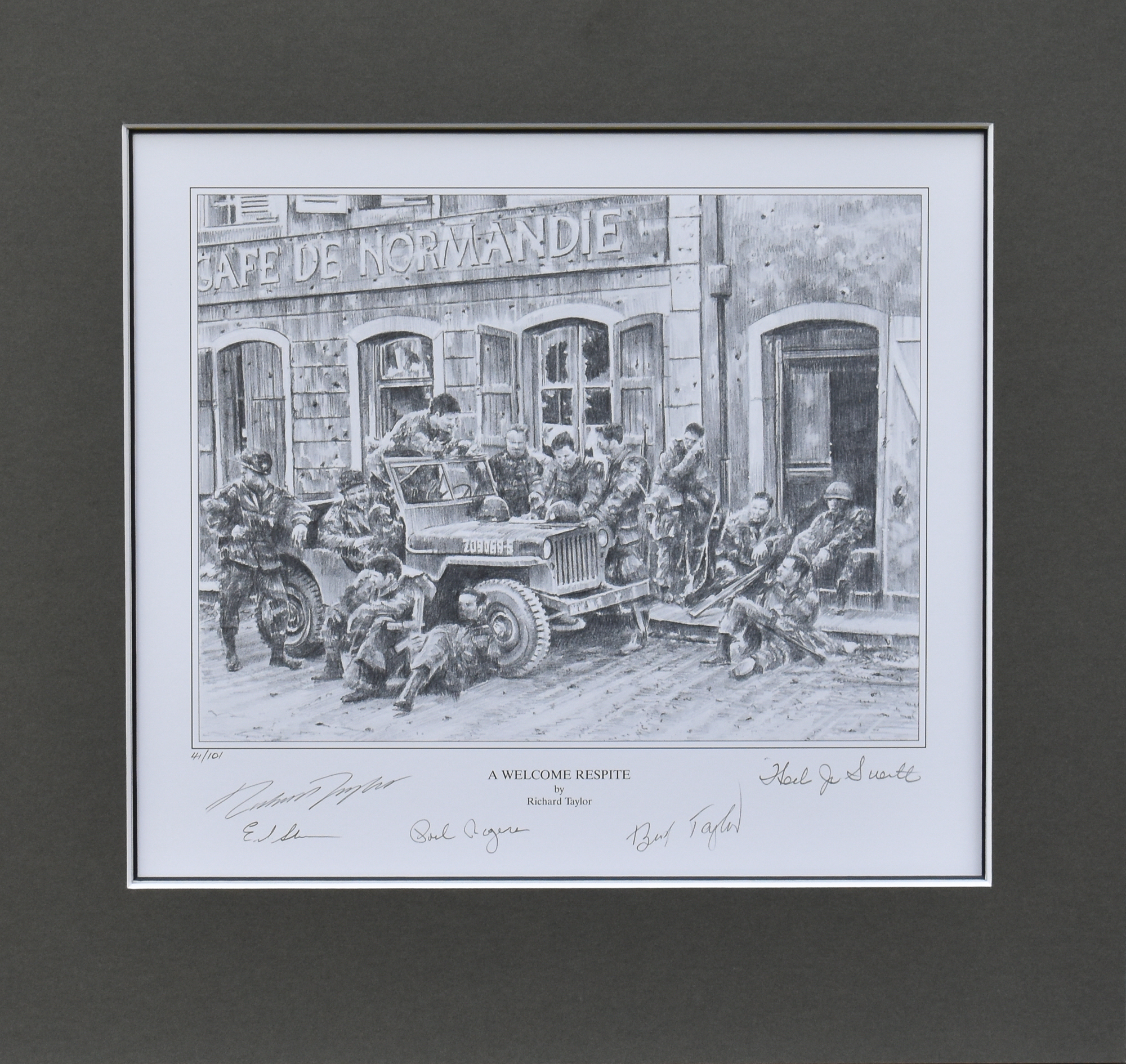 A group of U.S. paratroopers sit outside the Café de Normandie enjoying a break in the intense fighting, during the Allied advance shortly after D-Day. 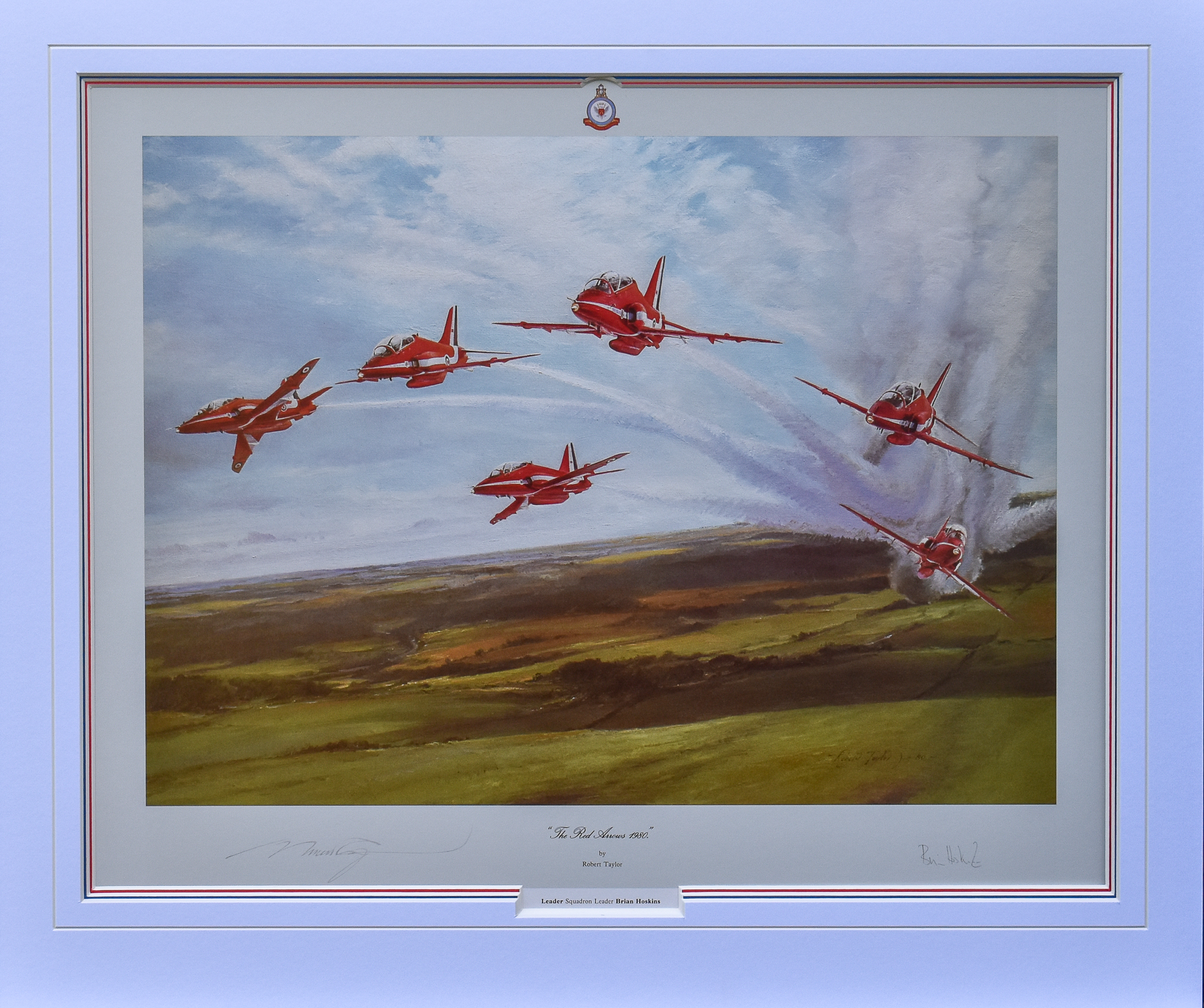 In tribute to all those who have performed with this legendary outfit,  our expert team have matted this stunning piece which has also been signed for posterity by Squadron Leader BRIAN HOSKINS who led the display team for three years from 1979 to 1981. Copies available HERE! 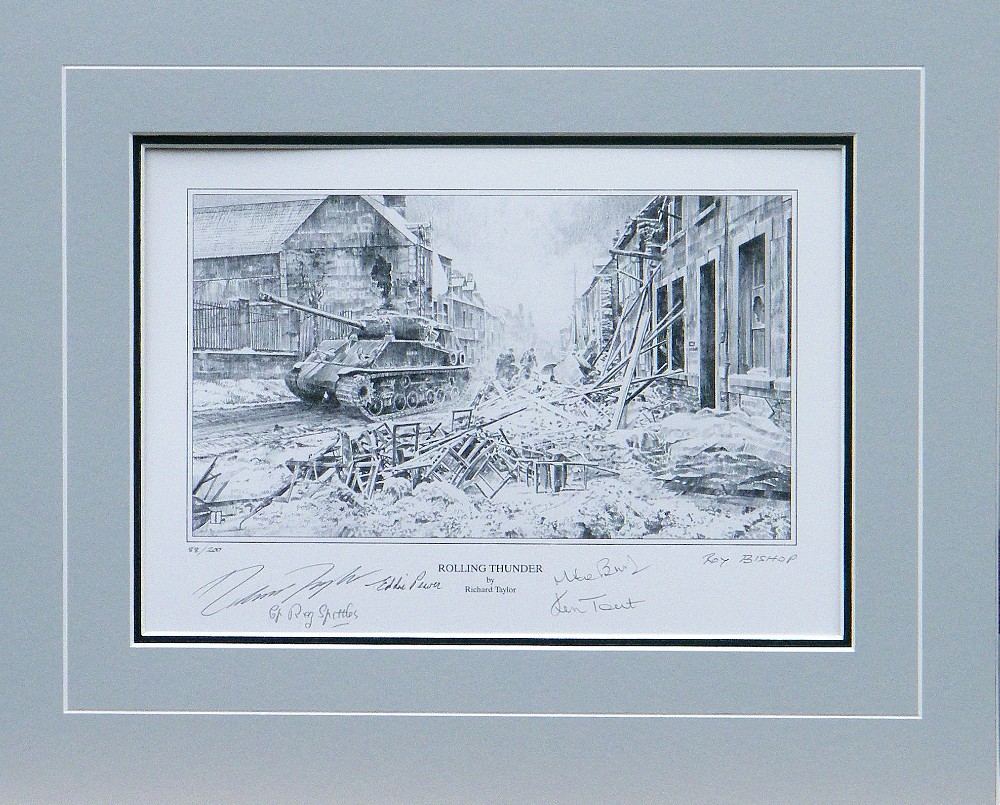 Sherman tanks having fought their way inland, rumble through the battered streets of a small Normandy town, recently liberated by the U.S. Airborne forces.

This piece is has been autographed by a number of veterans who have appeared at our events and shows over the years, each of them having served throughout the Normandy campaign... more info HERE!

With limited quantities in stock, especially of the additionally-signed prints, we urge you to CONTACT US to reserve yours.