A tribute to a famous pilot...

Over the years Robert Taylor has personally met and got to know some of the most famous names in aviation history, one of those was perhaps the most iconic RAF fighter leader of the war, Douglas Bader.

‘Sir Douglas was an extraordinary person. Well into his sixties when I first met him, he always had a mischievous twinkle in his eye, and a ready wit....but it was his ability to lead and encourage that set him apart’ - Robert Taylor

Here are just a few Framed Collector's Pieces by Robert that depict his good friend during WWII: 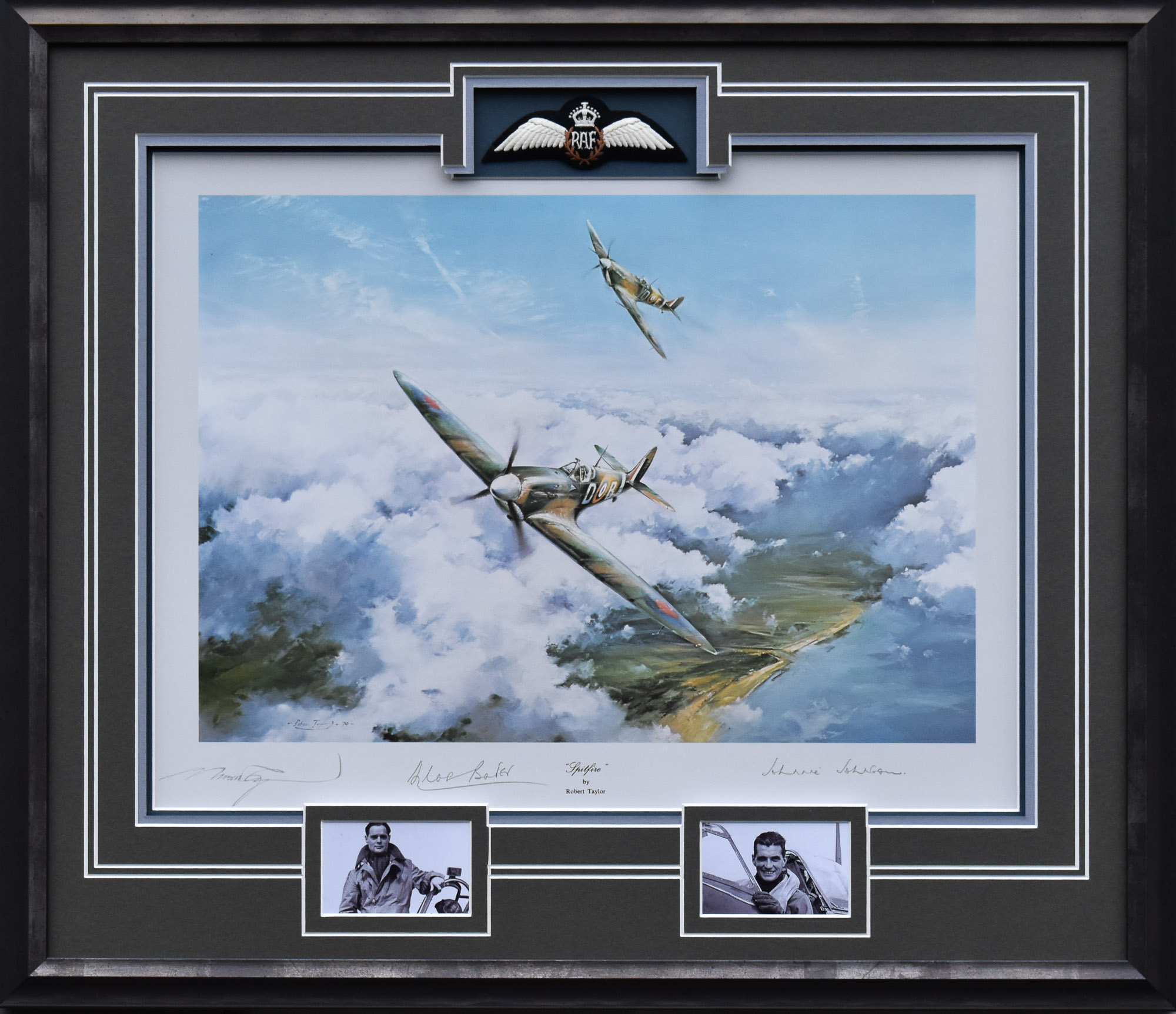 Two of the RAF’s most famous Fighter Aces, Sir Douglas Bader and the top scoring Allied Ace, Johnnie Johnson, fly their Spitfires high above the clouds over the Southern English coast.

Originally released in 1979, this print was one of the earliest signed by both Gp Capt Sir Douglas Bader and AVM Johnnie Johnson.

We rarely come across copies in such good condition and we're sure it won't be around for long. Find out more HERE! 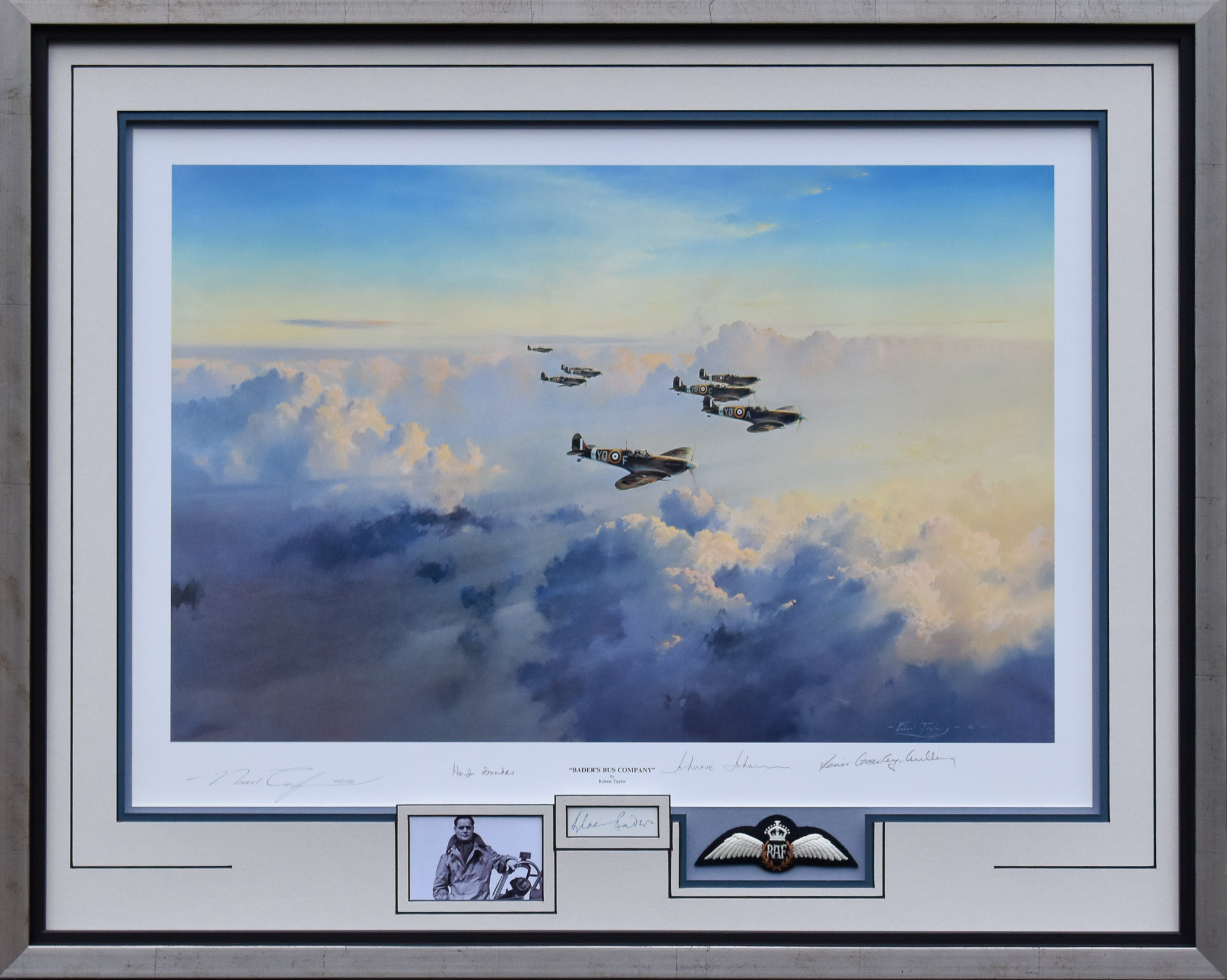 On Saturday, 9 August 1941 the unthinkable happened: the legendary fighter leader Douglas Bader failed to return from a mission over northern France. Immediately, without thought for their own safety, the fiercely loyal pilots of his Tangmere Wing set out on a sweep to search for him.

Originally released in 1989 Robert's famous masterwork is personally signed by three of the RAF’s most highly-regarded fighter Aces – all of whom flew on the mission to find Bader. Adding great authenticity, our expert team have also included a photo and the original autograph of the man himself. Find out who signed it HERE! 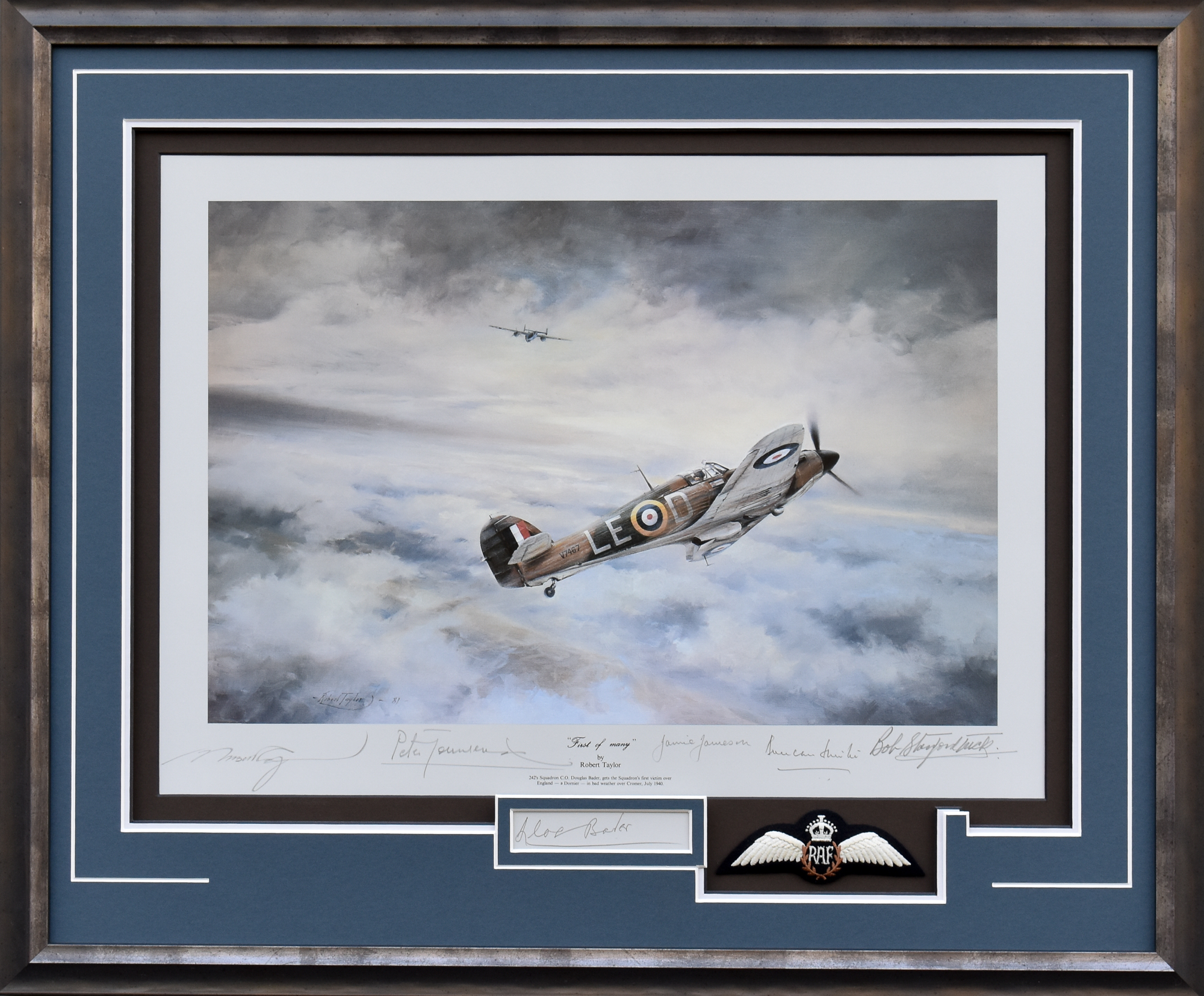 In bad weather, Douglas Bader, the newly-appointed C.O. of 242 Sqn, gets the unit's first victory of the war after chasing down a Dornier heading towards Cromer, July 1940.

This moving tribute has been personally signed by four famous RAF Fighter Aces and conservation matted to include the original signature of the victor depicted... find out more HERE!

REACH FOR THE SKIES 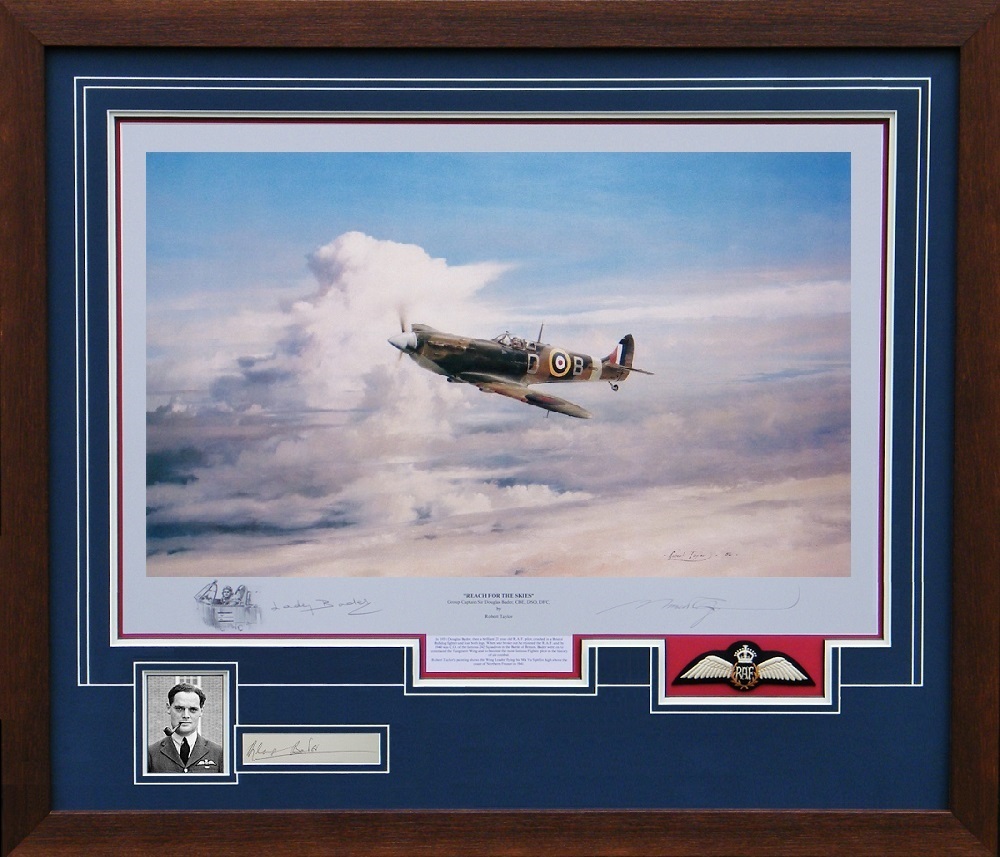 In his Mk.Va Spitfire, Group Captain Douglas Bader soars high above the coast of Northern France, 1941.

In special tribute to her husband, each print has been personally signed by Douglas Bader’s wife, and to make it even more special, we've framed it to also include his original signature... find out more HERE!

These are IN STOCK and ready for collection or worldwide delivery - CONTACT US for more info or to secure your special piece!