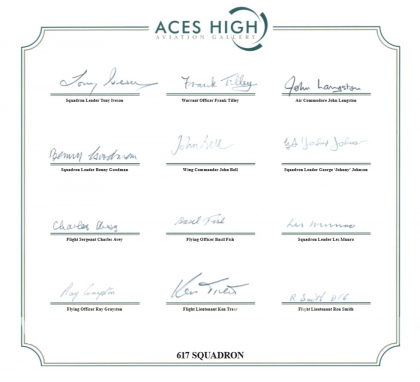 This bookplate is available to be issued in your copy of our artists' books and will be accompanied by a special edition Aces High slipcase.

It has been personally hand-signed by Pilots and Aircrew who flew with the famous 617 Squadron during WWII:

Squadron Leader BENNY GOODMAN
Pilot on over 30 Ops including raids on Brest, the Tirpitz and Berchtesgaden