WHERE STORM CLOUDS GATHER - Eagles of the Reich Portfolio 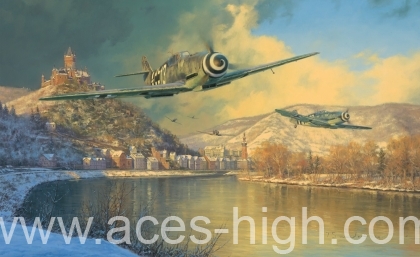 Part of a stunning pair of Limited Edition prints featuring Messerschmitt Bf109s – The Luftwaffe’s most famous fighter. Available individually or as a matching-numbered pair whilst stocks allow!