MUSTANGS OF THE MIGHTY 8th PORTFOLIO - Beyond The Storm & Checking Out 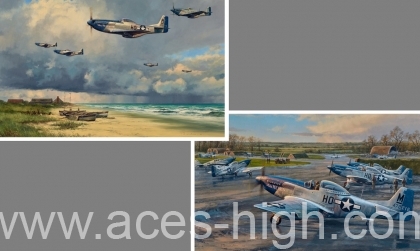 A stunning pair of prints featuring the P-51s of the 352nd Fighter Group - available individually or as a matching-numbered pair whilst stocks allow!

Available individually or as a matching-numbered pair whilst stocks allow!