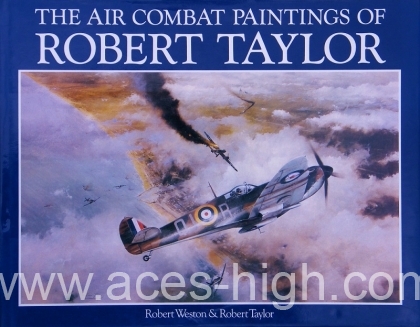 This was the first volume produced featuring a selection of Robert’s early work – learn the story of how legendary masterworks such as JG-52, DUEL OF EAGLES, THE MEMPHIS BELLE, LAST FLIGHT HOME and GATHERING OF EAGLES, to name just a few, came into existence. Delve into the early days of Robert’s life before starting on his journey to become the most recognised Aviation artist in the industry.

Over the years this book volume has become increasingly sought after and one that we’re rarely able to offer.

We’re thrilled to have in stock just ONE copy autographed by Robert which includes three bookplates signed by an astonishing THIRTY Aces, Pilots and Aircrew who served with the RAF, USAAF and Luftwaffe during WWII: