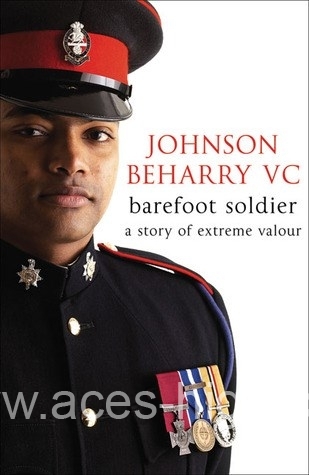 On 18 March 2005, Johnson Beharry, a Private with the 1st Battalion Princess of Wales's Royal Regiment, received Britain's highest award for gallantry. He became the first living recipient of the Victoria Cross for nearly forty years.

From Johnson Beharry's Official Citation: 'Private Beharry carried out two individual acts of great heroism by which he saved the lives of his comrades. Both were in direct face of the enemy, under intense fire, at great personal risk to himself (one leading to him sustaining very serious injuries). His valour is worthy of the highest recognition.'

We're delighted to have in stock, THREE copies of this gripping autobiographical book, each signed by the author:

We also have ONE completely unique copy available...

Making this copy even more special, we've also included a specially-created presentation mount to include the original signatures of a further four VC recipients, creating a unique FIVE signature piece: