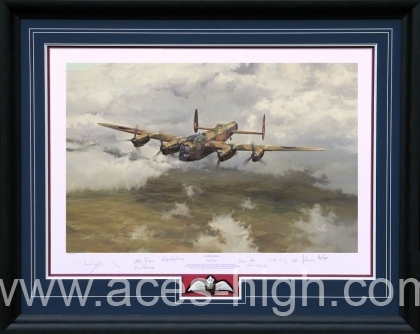 This memorable piece has been personally signed by EIGHT highly respected veterans who flew with Bomber Command during WWII, including two who flew with 9 Squadron, creating a historic collector’s edition to commemorate this important anniversary: