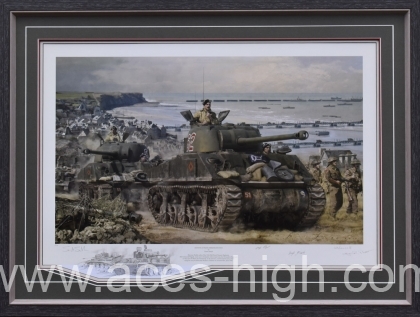 Simon Smith's print, originally released for the 75th Anniversary of D-Day serves as a tribute to those heroes who served in The Battle of Normandy.

The print is signed by a highly regarded Tank Commander and a further THREE veterans who were directly involved in the Normandy Campaign: